IK Multimedia is giving away a paid plugin for free this week as part of a promotion to get people to install their T-RackS Custom Shop, which comes with some other free plugins as well. The promotional freebie is the T-RackS Opto Compressor. It normally sells for $/€80 so being able to get it for […]

If you like getting high-quality plugins for free, Cakewalk is giving away a CA-2A plugin for free for a limited time. Here’s the link to the page on their website where you can get the plugin: Free Cakewalk CA-2A Leveling Amplifier. The Cakewalk CA-2A plugin regularly sells for $99 so being able to get it […]

If you’re just learning how to mix music and make your tracks sound as professional as possible, there are tons of tutorials on YouTube explaining just about everything. The guys with 3 Sigma Audio have been uploading some helpful video tutorials to YouTube lately. Awhile back they posted a tutorial on how to mix a […] 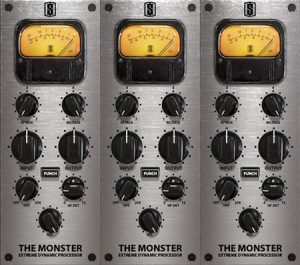 The folks at Slate Digital have released a really nice new free plugin called The Monster. The full name is mouthful but it gives you an idea of what it does: The Monster Extreme Dynamic Processor. According to the description, The Monster is designed to emulate the classic “all buttons in” extreme compression sound of […] 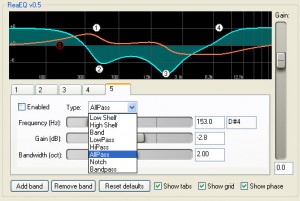 Yesterday I posted an article with some tips on how to mix guitars when using amp simulators. One of the more common tricks to get better tone involves adding an equalizer with high pass and low pass filters to the end of the guitar FX chain. I’ve been testing the free EQ plugins referenced in […]