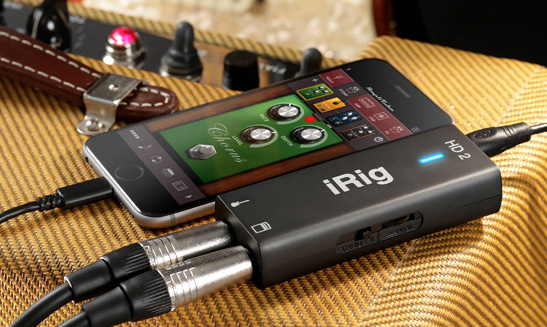 If you’re thinking about buying Amplitube 4 . . . don’t. You’d be better off getting the new iRig HD 2 that IK Multimedia just announced instead.

Why, you ask? Because it’s cheaper than Amplitube 4 and, you guessed it, it comes with the full version of Amplitube 4.

Once again IK has proven that their pricing structure is cuckoo for cocoa puffs.

So they’re basically making you get the iRig HD 2 if you have any shred of basic financial understanding whatsoever. Interesting marketing strategy…

Sometimes IK discounts Amplitube 4 down to $99, but even still who wouldn’t want free gear for the same price?

It’s the regular version of Amplitube 4 so it’s not as good of a deal as the promotion earlier in the summer when they were giving away the deluxe version of Amplitube 4 with the purchase of audio interfaces (see my iRig UA review, the Android version), but it’s still better than buying the software straight up.

The iRig HD 2 comes with the full version of the Amplitube for iOS for free as well, which normally sells for $20.

The second gen iRig HD adds a 1/4″ output jack for connecting to an amp or mixer, with an output switch for FX and Thru. It also has an 1/8″ headphone output with preamp and level control. It supports 96kHz sample rate and is designed to work with iPhones, iPads, and Mac and PC computers.