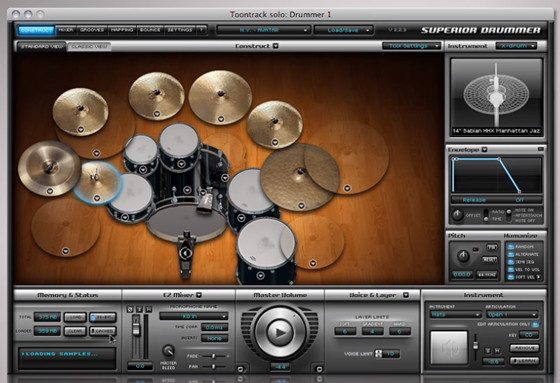 Every few months here lately Toontrack runs a sale on Superior Drummer 2, their upper-end drum software that offers a lot of advanced features not available on their more popular EZdrummer 2 software.

I’ll admit, being a huge fan of EZdrummer, I’ve been tempted by the sale a couple of times, but I never bite on it because of Superior Drummer’s hideously outdated user interface.

How is it that Superior Drummer 3.0 doesn’t exist yet?

It’s hard to believe but Superior Drummer 2.0 was released way back in 2008.

Yes, nine years ago! How the hell in this day and age does a software product go that long without getting updated to a newer version and still stay relevant?

I don’t mind the 10-year old graphics as much as the nearly-impossible-to-read text and parameters fields.

So why don’t they just update it already?

There are a number of high-quality drum software plugins available these days, so you’d think that Toontrack would want to stay on top of their game.

It’s getting to the point where you have to question if they are ever going to update Superior Drummer again. Maybe they just plan on sticking with EZdrummer moving forward and leaving Superior Drummer wither on the vine. Either way, they’re going to have to do a lot better with these sales to get my attention at this point. I’m not paying $105 to “upgrade” to software that’s nearly 10 years old.