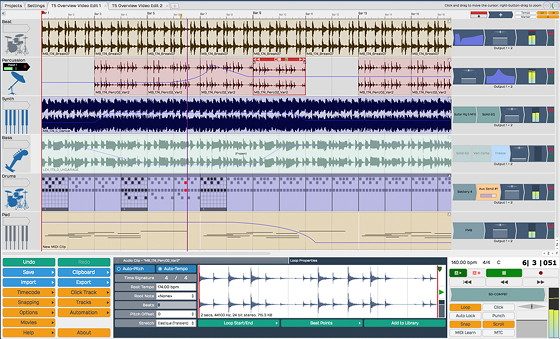 It wasn’t too long that they started offering Tracktion T5 for free, but now you can get T6 for free instead, and it’s a fully featured digital audio workstation without restrictions.

Tracktion T6 used to sell for $60 so being able to get it completely free with no stipulations is pretty cool.

As far as free DAWs go, Tracktion T6 is probably the best option.

It supports third-party plugins and there are no limitations on the number of audio or MIDI tracks like a lot of other free or intro DAWs.

The software works with Windows, Mac, and Linux computers, with support for 32 and 64 bit systems.

T6 is a great way to get started with making your own music at home for free.