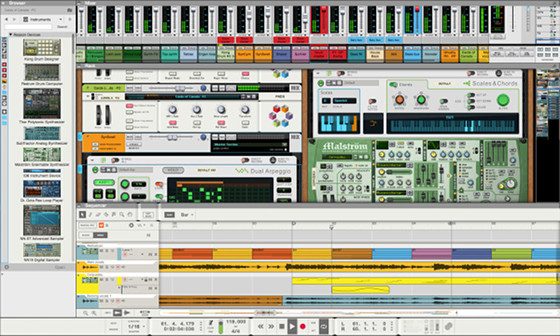 The folks at Propellerhead Software have released a new updated version of their digital audio workstation, Reason 9, for Windows and Mac computers.

There’s also a new audio to MIDI feature that sounds interesting, and new visual themes to change the color of the interface.

Some Reason 8 owners are a bit ticked-off with the new update, but it seems to be a big improvement for those coming from Reason 7 or lower.

Here’s more from the press release about the three new Player devices:

Reason 9 is available now; it was officailly released on June 21st, 2016. The full version of Reason 9 costs $399, an upgrade from a previous version costs $129, and the entry-level starter package, Reason 9 essentials, sells for $69.