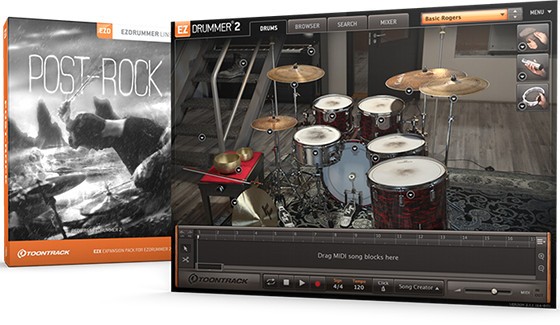 The expansion set has a retail price of $89. It requires EZdrummer 2 or Superior Drummer to use, of course, which can be used as a standalone program or as a plugin with any DAW.

Sweetwater already has the Post-Rock EZX on sale for $79. They send an email with a license code to activate so you don’t even have to wait for shipping.