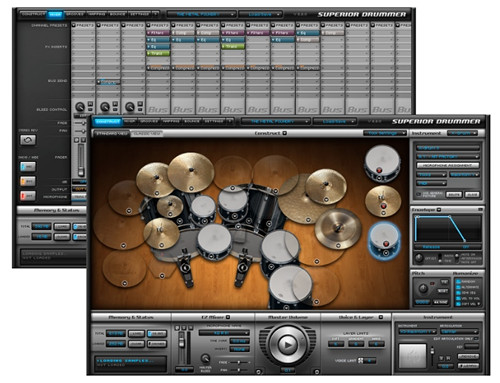 Black Friday week and Cyber Monday weekend are one of the best times of year to buy music-related gear and software plugins to get the best sound out of your DAW.

In fact some DAWs are on sale as well. Like PreSonus Studio One is 50% off this week and Ableton Live is 20% off, including Push products and Live packs.

Pretty much every plugin company has some good deal or another going on this week/weekend.

Waves is known for giving away a paid plugin for free every Black Friday. Here’s the link to the signup page to get the free plugin.

Early signs are pointing to SuperTap, a delay plugin, as the free Waves offer this year but we’ll have to wait until Friday to find out for sure.

Soundtoys is also giving away a paid plugin. They have a bunch of deals as well and you can get their Tremolator plugin for free that normally sells for $129.

Toontrack is known for having some really good deals for Black Friday. Last year they had EZMix 2 marked down to just $29. This year they have Superior Drummer 2 on sale for $99 from places like Sweetwater. It usually sells for around $299 so that’s a really good price. The deal runs through November.

The only hangup with Superior Drummer 2 is the fact that it’s been on the market forever. People have been waiting for Superior Drummer 3 since like 2013. The graphics look really outdated compared to EZdrummer 2 and I find the UI difficult to read.

Superior Drummer has a really good reputation and offers a lot more features than EZdrummer and it supposedly sounds better, but I’m not sure if I want to get it or not. It might be worth getting just to get a cheaper upgrade path to Superior Drummer 3 if it’s ever released.

You can find other deals on Toontrack products from their Black Friday deals page. Right now they a couple expansion packs marked down for cheap.

If you are looking for some really good deals on some of the best-sounding amp sims on the market, Thermionik and Recabinet are 40% off at the Kazrog Store, and so is KClip and masterDither. Use code C2D5657C at checkout. The sale ends on November 29th.

Plugin Alliance also has their bx_Megasingle Mesa Boogie amp sims on sale for just $9. It normally sells for $149. They have some other really good deals for Black Friday as well: Plugin Alliance Deals.

Checkout these forum threads at KVR and Gearslutz for an updated list of deals for Black Friday and Cyber Monday: