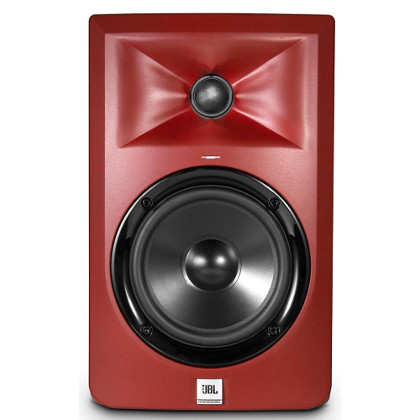 I saw this deal mentioned over at Gearslutz and it’s about as good as it gets for a nice set of inexpensive studio monitors.

Musician’s Friend has matte red JBL LSR305 studio monitors on sale for $99 each, which is itself a good deal, but if you add two of them to the cart you get an additional 25% off.

That means you can get a set of two for only $149! Plus they have free 2-day shipping.

That’s half the price they sell from everywhere else so if you need a good set of 5-inch monitors this is a steal.

They pretty much never go on sale to begin with so being able to get them for half price is something that practically never happens, and the reviews are extremely positive all around and have been for years.

Some people will be put off by the color. The red is a limited edition instead of the usual black, but for $150 off it’s hard to complain, and you can always get a can of spray paint for a few bucks. At least it’s the matte red version instead of glossy red.

I don’t know how long the sale will last but you won’t find better studio monitors for $150. A lot of people consider the JBL LSR305 the best option for twice that price.

Update: Shortly after posting this article they removed the 50% off deal with the purchase of 2, but they’re still on sale for $99 ($50 off) each so it’s still a good deal just not a great deal.