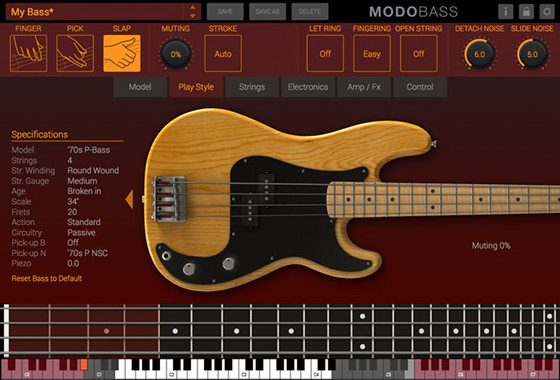 IK Multimedia’s MODO Bass software was released a couple months ago, and everyone seems to really like it—all the early reviews have been very positive.

Watching some YouTube videos gives a pretty good idea of how it sounds and works, so I decided to put together this quick post with a roundup of video reviews and demos.

If I hadn’t just bought a new 5-string Squire VM Jazz Bass a few months ago I probably would buy MODO Bass.

Except I’m a better guitar player than a keyboard player so that doesn’t help (which isn’t saying much since I can barely play keyboard).

But it’s hard not to see the value of a plugin like this after watching a few video reviews. It definitely looks like fun to work with and the sound is impressive.

There are a ton of features to customize the tone. Here’s the main list from IK’s website, followed by several video reviews:

Below is a roundup of 15 different videos from IK demoing various features and showing how their bass modeling software works.