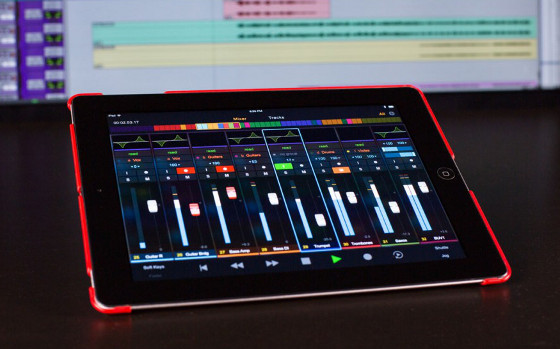 Avid is coming out with a new app that allows you to control Pro Tools using an iPad.

The app is called Pro Tools Control. It’s a free app for iOS, and is expected to be released soon, probably in the next month or two.

As the name suggests, the app lets you control and mix Pro Tools from an iPad.

With multi-touch support, the app gives you new ways to manipulate your mix and control various functions. The fact that it’s wireless adds a new dimension of control.

The “mixer” view gives you access to a number of features such as transport control, faders, knobs, mutes, solos, panning, the Universe Scroller, Soft Keys, and more.

According to Avid, the app can control hundreds of software commands, including triggering complex macros using Soft Keys and writing automation. It can also be used to navigate sessions and recall surface layouts.

The new Control App is designed to work with Pro Tools 12 only, but as mentioned in the video below, it may work with earlier versions of Pro Tools as well. Basically it officially supports 12 but that doesn’t mean it won’t work with 11, just that Avid isn’t going to provide support for earlier versions.