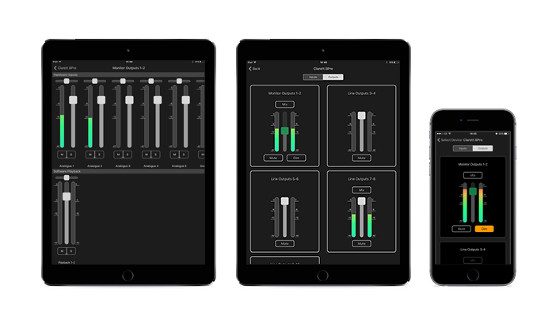 If you have a Focusrite audio interface ranging from the 2nd gen Scarlett 6i6 and up, including the Clarett and Red interfaces, you may be interested to know that Focusrite has released a new app for the iPad and iPhone that lets you control your audio interface wirelessly.

The Focusrite iOS Control app is free to download from iTunes. It’s basically a new alternative to the Focusrite Control desktop app.

The app gives you control of input and output levels, panning, as well as playback levels.

You can use it to mute, dim, check metering, control preamp features, etc, depending on your interface’s setup.

To use the Focusrite iOS Control app you have to connect your device to the same network to approve the iOS device in the desktop app.