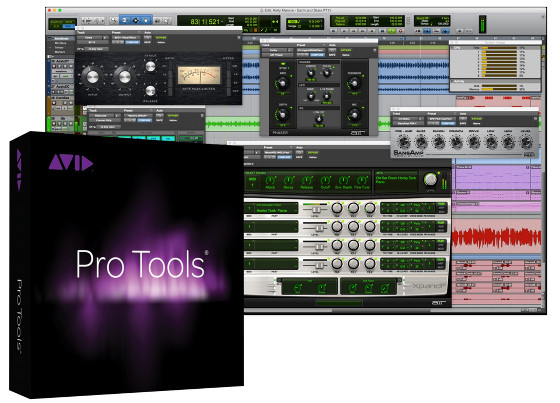 Avid used to allow customers to transfer ownership of a Pro Tools license to someone else, so you could essentially sell if you didn’t want to use it anymore.

But ever since they released Pro Tools 12, Avid has not allowed license transfers. They blame this on the fact that the new support plans associated with Pro Tools 12 cannot be transferred. But even after the support plans expire, they have no plans on allowing any transfer of ownership.

I contacted Avid support last week about this matter, and even after the rep consulted with their management team, they offered no solution for this moving forward because they have no plans of offering transfers with Pro Tools 12, even after support plans expire.

The majority of DAWs, plugins, and audio software can be transferred to someone else, so if you aren’t using it anymore or are upgrading to something else you can sell it “used”.

But now it looks like Avid is closing the door on that for good with Pro Tools software. Potential buyers be warned: if you buy it you’re stuck with it.

Through my interaction with Avid support, I was also able to find out that they’ve discontinued their Fast Track audio interfaces. I figured something was up because no retailers sell them anymore, except used. Avid says they will still provide support for Fast Track devices, but their production run has officially ended.

I was hoping to sell my Pro Tools 12 license because I find the software very difficult to use as a beginner. I tried Ableton Live 9 and ended up liking it much better. The built-in tutorials and help window make learning how to use everything super easy. But the session view is the real winner for song creation, not having to be restricted to a timeline makes it so much easier and faster to be creative. Plus everything MIDI-related is way better in Ableton, with hardly any extra steps required by the user—shit just works.

The more I try to use Live’s arrangement view and when working with mixing, however, I can see where Pro Tools has some major advantages, so eventually I’ll try to learn how to use both together, I guess. Abelton’s upgrade path is too expensive for what you get anyway, and since I can’t sell Pro Tools to pay for it, I’ll try to make the best of both. Too bad we can’t just take the best of Pro Tools and Live and cram together into one super DAW.