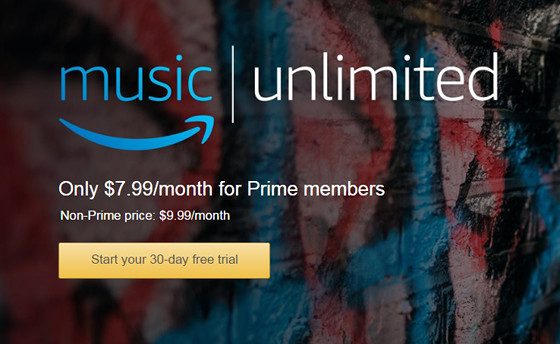 Amazon Music Unlimited costs $7.99 per month or $79 per year for Amazon Prime members and it costs $9.99 per month for non-Prime customers.

There’s also a special plan for Amazon Echo devices for $3.99 per month.

They’re expected to offer a family play soon as well that will allow up to 6 family members simultaneous access to Amazon Music Unlimited for $14.99 per month or $149 per year.

The service boasts access to tens of millions of songs and thousands of hand-curated playlists and personalized stations.

One thing unique about Amazon’s music streaming is the integration with Alexa voice controls, so you can control your music hands-free.

Amazon Music Unlimited is available in the Unites States initially, but it will also be available for customers in the United Kingdom, Germany, and Austria later this year.