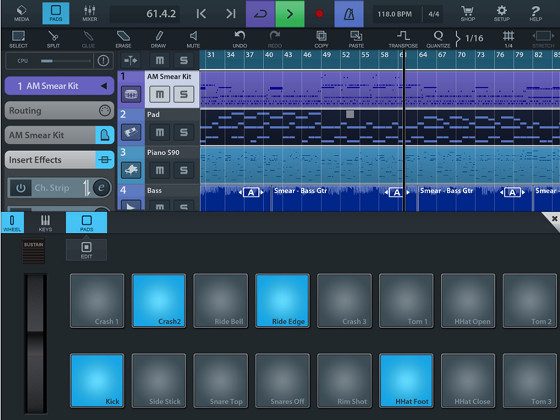 Steinberg updated their music making iPad app, Cubasis, this past week to version 2.0. It has a surprising number of features for being a DAW designed on a mobile operating system.

That got me thinking about how the iPad has become a fully functional music producing tool over the past few years, while Android still lags behind.

There are a wide range of mobile DAWs and music production apps for iOS.

Things have come a long way since Garageband was first released.

Now there are apps that are as functional as desktop DAWs.

Here’s a roundup of some of the most popular mobile DAWs and music making apps for iOS. Some are for the iPad only but most will work with iPhones as well.